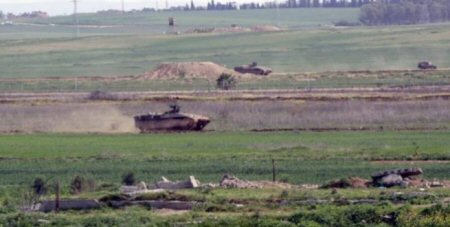 Local PNN sources said that Israeli soldiers opened fire on farmers in the town of Beit Hanoun, injuring one of them

Ma’an sources confirmed that one farmer was injured by Israeli forces and transferred to the Beit Hanoun Hospital to receive necessary medical treatment.

The farmers were forced to leave their lands in fear for their lives.
No injuries were reported from the incident.

The Israeli army regularly detains and opens fire on unarmed Palestinian fishermen, shepherds and farmers along the border areas if they approach the unilaterally declared buffer zone.