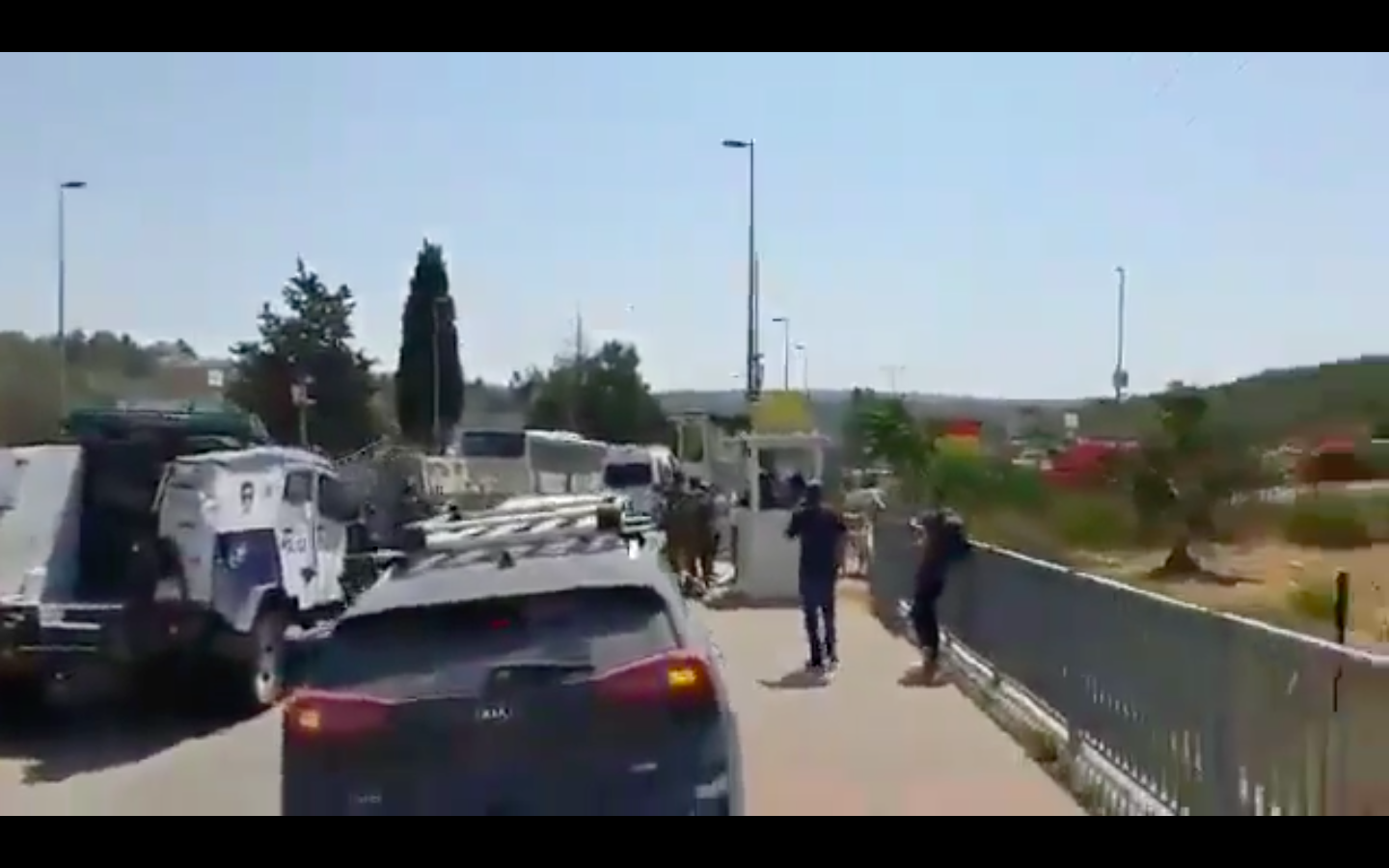 A Palestinian youth was shot and detained by the Israeli forces, on Sunday, after he allegedly attempted to stab Israeli soldiers at the Ariel Junction, north of Salfit in the central occupied West Bank, the Palestinian Information Center reported.

Hebrew media reported that the young man walked towards a group of Israeli soldiers outside the illegal Ariel colony, and allegedly tried to stab them, and then fled.

Israeli forces shot the young man in the leg as he attempted to run away, and proceeded to apprehend him.

The condition and identity of the young man is unknown at this time.

It is important to note that no soldiers were injured.

The Israeli army subsequently blocked the northern entrance to the city of Salfit, according to local sources.

Sources told Palestinian WAFA News Agency that large forces of Israeli soldiers were deployed in the area, and proceeded to closed off the northern entrance of the city, preventing people from entering or leaving, in the aftermath of an alleged stabbing attack in the area.