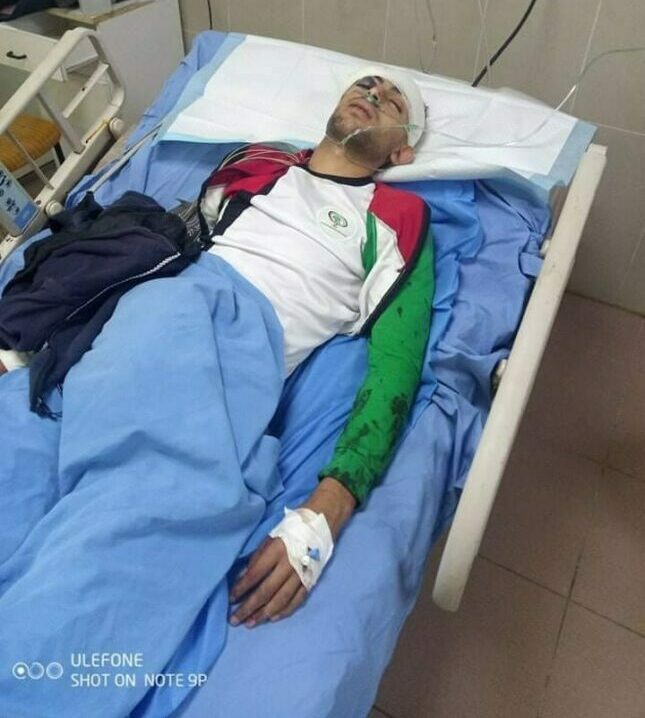 Four Palestinians were injured, on Friday, one seriously, during the weekly peaceful procession in the northern occupied West Bank village of Kufur Qaddoum, the Palestinian WAFA News Agency reported.

Morad Eshteiwi, the coordinator of the popular resistance in the village said that Israeli soldiers opened fire with rubber-coated steel rounds and concussion grenades at dozens of Palestinian demonstrators at the anti-settlement rally, east of Qalqilia.

Four young men were wounded, including a teen, identified as Youssef Abdel Fattah Amer, 18, was shot in the head with a rubber-coated steel round, and transferred to hospital in critical condition.

Three other injuries, classified as moderate, were provided with medical treatment on the scene, while several other protesters suffered the toxic effects of tear-gas, heavily fired by occupation forces.

The armed soldiers can be seen hiding behind walls while shooting at the crowd, while other troops fire rubber-coated steel rounds as they slowly advance towards the young Palestinian men who, with slingshots, throw tear-gas canisters back to the soldiers, while dodging the steel rounds.

In 2003 the Israeli occupation authorities closed the main road which connected Kufur Qaddoum town with Nablus city to the east. The road is now used only by illegal Israeli from nearby colonies.

POST by: Kufur Qaddoum
Youssef Abdel Fattah Amer was seriously injured at the march in Kufur Qaddoum, the latest update; “his condition is stable, he is in the Intensive Care Unit to closely monitor his health condition.”