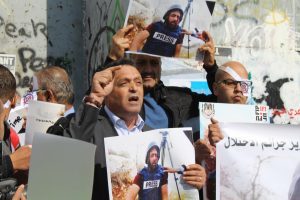 During a demonstration, organized by Palestinian journalists in solidarity with reporter Moath Amarneh, multiple journalists were injured and transported to the hospital, PNN reported.

Several Palestinian journalists and reporters gathered, on Sunday, in Bethlehem near the 300 Checkpoint, to show their support for Moath Amarneh, the reporter who lost his eye to an Israeli rubber-coated steel bullet while covering clashes in Hebron, on November 15.

Israeli soldiers bombarded the protesters with tear-gas canisters and sound grenades, while the reporters were taking pictures, doing interviews and holding speeches.

Among the injured reporters at the demonstration, was the editor-in-chief of Palestine News Network (PNN), Monjed Jado, who was hit directly in the head with a gas canister, shot by Israeli forces, and moved to hospital.

Some of the journalists were beaten and arrested by Israeli forces, and many of the protesters had to be transported to the local Beit Jala Governmental Hospital for treatment for gas inhalation, and the impact of the sound grenades. 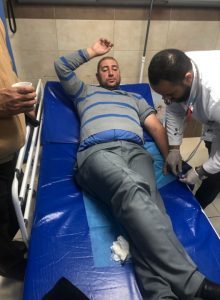 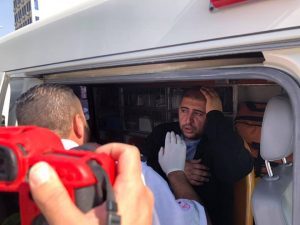