Microsoft to Investigate Israeli Company over Surveillance of Palestinians 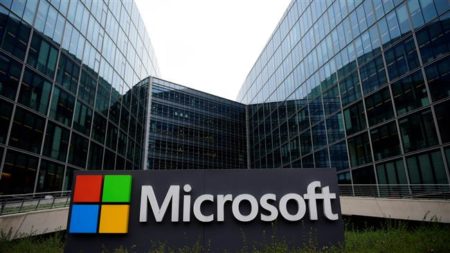 On Friday, Microsoft, which is based near Seattle, Washington, said in a statement that former US Attorney General Eric Holder would lead a team from the Covington & Burling law firm, in conducting the probe.

Holder, the top US legal and law endorsement official under former President Barack Obama, was hired by Uber Technologies in 2017, to review claims of sexual harassment.

M12, the venture fund of Microsoft, participated in a $74 million investment in June, on AnyVision, an Israeli startup based outside Tel Aviv.

AnyVision has come under scrutiny following reports, by NBC News and Israeli media, that its technology is used to spy on Palestinians who live in the occupied territories.

AnyVision has denied the reports, claiming its software was not used for surveillance and was deployed at border crossings, for biometric identification.

The probe reflects growing unease about facial recognition surveillance technology,  in the United States and elsewhere, that human rights organizations say could limit freedom of expression and lead to unfair arrests.

Microsoft announced facial recognition ethics principles last year, saying the company would “advocate for safeguards for people’s democratic freedoms in law enforcement surveillance scenarios and will not deploy facial recognition technology in scenarios that we believe will put these freedoms at risk.”

Israel has faced growing criticism, to the point of boycott, in the West, for its  inhumane policies against Palestinians.

Al Ray Palestinian Media Agency further reports that, since his election, US President Donald Trump has taken a series of steps to increase American support for Israel, including recognizing Jerusalem al-Quds as Israel’s capital, as well as sovereignty over Syria’s Golan Heights.

Among liberal Democrats, there is now an almost even split between those saying they sympathize with the Israeli side and those supporting Palestine, according to a Gallup poll in February.