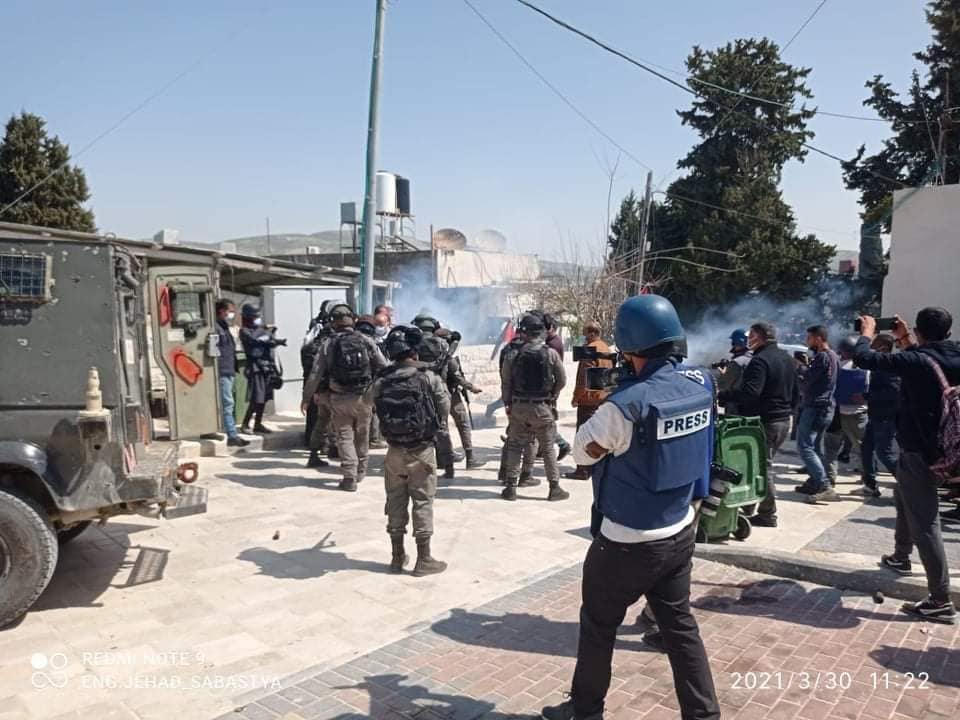 The Israeli army suppressed a non-violent demonstration, on Tuesday, as Palestinians commemorated the 45th Anniversary of Land Day, in Sebastia, northwest of Nablus, in northern West Bank.

According to Quds News Network, the army fired teargas canisters and stun grenades, causing several protesters to suffer the effects of teargas inhalation.

On March 30, 1976, Palestinians inside Israel protested against the Israeli government announcement of the seizure of 21,000 dunams  (5,189 acres) of Palestinian land. The Israeli police violently suppressed the demonstrations, killing 6 young Palestinians, and injuring and arresting many others.

In related news Israeli soldiers closed, for the second day, the archeological site in Sebastia to allow groups of illegal colonialist settlers into it.

The Mayor of Sebastia, Mohammad Azem, said dozens of illegal colonialist settlers, accompanied by many soldiers invaded the site after the soldiers closed the entire area to the Palestinians.