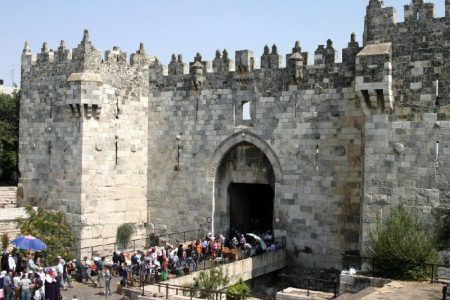 After Friday prayers, Muslim Palestinians, gathered at the Al-Aqsa mosque, in occupied East Jerusalem, to express their rejection of the openly racist behavior of Israelis who participated in Tuesday’s inflammatory ‘Flag March’.

Israeli forces suppressed the demonstrations and injured nine civilians, including a journalist and a child, according to the Palestinian Red Crescent Society (PRCS).

Two Palestinian protestors were detained by Israeli forces, neither their identity or location were known at the time of this report.

Hundreds of Israelis marched in the occupied city of East Jerusalem, on Tuesday, at the annual ‘Flag March’ and calling for “Death to arabs” and “May your village burn”.

The Israelis shouted insults against the muslim prophet Muhammad and threatened Palestinians that “a second Nakba is coming soon”.