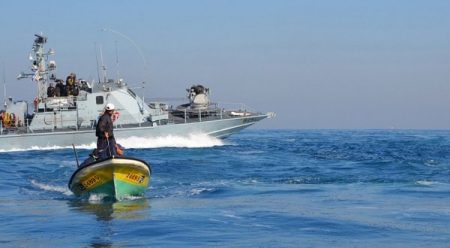 Israeli naval forces, on Tuesday morning, reportedly opened fire towards the fishermen on the Gaza shores, according to the PNN.

Media sources added that  naval forces have opened fire on fishermen on the Al-Sudaniyya and Al-Waha shores of the northwestern Gaza Strip, with no injuries reported.

On the northeastern borders of the Strip, soldiers opened fire on farmers while in their lands. No injuries were reported.

Gaza farmers and fishermen report such attacks on a near-daily basis despite the Egyptian-brokered truce, in August of 2014, between Hamas and Israel.