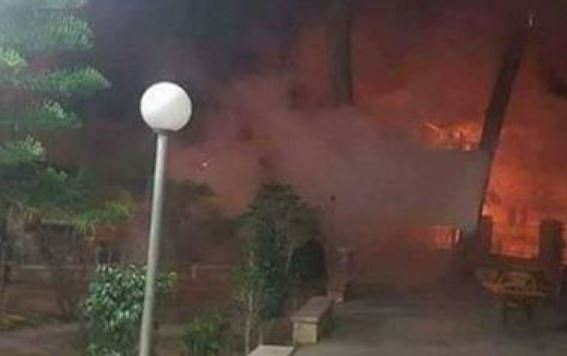 Israeli soldiers invaded, on Sunday at night, Sebastia town, northwest of Nablus, in the northern part of the occupied West Bank, and fired many gas bombs and concussion grenades at a solidarity tent, in support of the hunger striking detainees, causing it to burn.

Media sources in Nablus said many army jeeps invaded the town, and directly headed toward the solidarity tent, were hundreds of Palestinians gather daily in a vigil for the detainees, ongoing with the hunger strike they started two weeks ago, demanding basic rights.

They added that the Israeli attack did not lead to casualties, but caused a massive fire in the tent.

The attack led to clashes between many Palestinian youths, who hurled stones and empty bottles on the military vehicles, and the soldiers who fired many gas bombs, causing several Palestinians to suffer the effects of teargas inhalation.