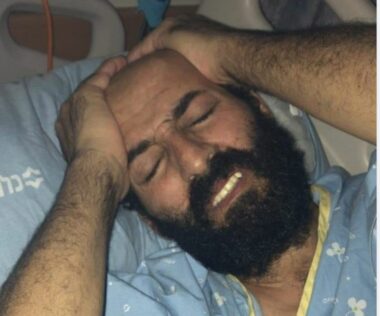 The Israeli High Court denied, Thursday, an appeal for the release of detainee Maher al-Akhras, who is currently nearing death after 95 days of an ongoing hunger strike.

The Palestinian Prisoners’ Society (PPS) said the court denied an appeal for his immediate release due to his serious health condition, although he is being held under arbitrary Administrative Detention orders, without charges or trial.

The PPS added that the current health condition of al-Akhras is profoundly serious, but he insists on continuing his strike demanding to be released.

It stated that, by denying the appeal for his release and his transfer to a Palestinian hospital, the Israeli court is practically sentencing him to death.

It is worth mentioning that al-Akhras has been abducted and imprisoned by Israel numerous times, including when he was taken prisoner on July 27th, 2020, and was instantly slapped with a four-month Administrative Detention order, without charges or trial.

Before his current imprisonment, al-Akhras, a married father of four children, spent over four years in prisons, including many months under the arbitrary Administrative Detention orders.

Besides al-Akhras, three other detainees are ongoing with a hunger strike demanding an end to their illegal Administrative Detention.

Mohammad Zghayyar, 33, from Hebron, a married father of three children, was taken prisoner on April 19, 2020, stated the hunger strike nine days ago.

Mahmoud Sa’adi, 40, from Jenin, was taken prisoner on May 20, 2020, and started the strike nine days ago. He is a married father of eight children and suffers from Kidney disease.

Bassel Rimawi, 24, from Ramallah, was abducted on February 1, 2020, and started the strike eight days ago.