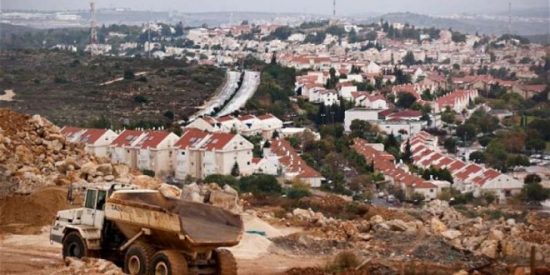 Haaretz Israeli daily newspaper, on Sunday, said that right-wing lawmakers from the Jewish Home nationalist party will attempt, today, to legalize expropriation of private Palestinian land in West Bank settlements through a bill, despite Prime Mininster Netanyahu’s “opposition” to it.

The bill is reportedly directed at Amona illegal settlement, near the central West Bank city of Ramallah. Haaretz added, according to the PNN, that the settlement was built illegally on private Palestinian land, and must be evacuated by December, by order of the High Court of Justice.

Netanyahu has scuttled several previous attempts to pass such a bill, which enjoys strong support among Likud ministers.

Netanyahu recently appealed to Likud members, asking them to propose other ways of legitimizing the Amona, which is the largest outpost in the West Bank. A senior Likud official believes that if no solution is found and the outpost is moved, the coalition may fall apart.

Also from Haaretz — 06/18/16 Ehud Barak: If Government Won’t Get Back on Track, We Must Topple It