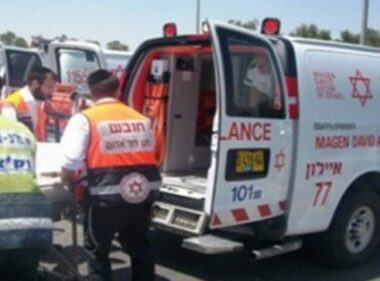 An Israeli man stabbed, Friday, a young Palestinian man, who works at a shop in Ramla city, between occupied Jerusalem and Tel Aviv, before fleeing the scene,

The wounded Palestinian has been identified as Mahyoub Mohammad ‘Aassi, from Beit Liqya town, west of the central West Bank city of Ramallah.

Arij ‘Aassi, the mayor of Beit Liqya, stated that Mahyoub was stabbed in the chest while in the store, before his brother, who works with him, rushed to his aid.

The Palestinian was rushed to a nearby hospital, and his condition has been described as mild and stable.