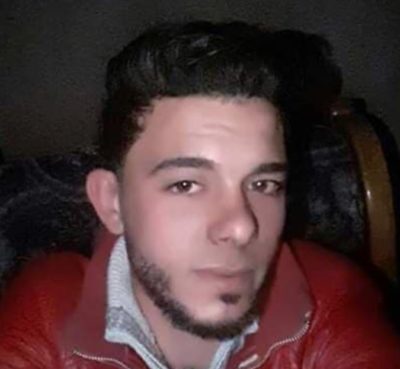 The Palestinian Health Ministry has confirmed that Israeli soldiers killed, Saturday, one Palestinian and injured at least seven others, during a series of air strikes and bombings targeting several areas of the besieged Gaza Strip.

The Health Ministry said the soldiers killed Emad Mohammad Nosseir, 22, from Beit Hanoun, in the northern part of the Gaza Strip.

It added that the soldiers injured seven other Palestinians, including four who were wounded in previous air strikes targeting Beit Hanoun.

The Israeli Air Force also carried out several strikes targeting areas in northern Gaza, including many sites, run by armed resistance groups hundreds of meters away from the perimeter fence.

The targeted areas are in Rafah and Khan Younis, in southern Gaza Strip, the Central District and Gaza city, in addition to Beit Hanoun and Beit Lahia, in northern Gaza.

The army also fired many artillery shells into Palestinian farmlands along the eastern parts of the Gaza Strip.

The Edcuation Ministry  has granted authority to the principals of all schools in targeted and border areas to evacuate the schools and send the children to their homes without consulting with it, in order to avoid civilian casualties.

Students in most of Gaza Strip schools are sitting in for their final exams.

In addition, the Health Ministry has reported that it instructed all medical centers to be on high alert and utmost readiness, in case of further Israeli escalation.

In addition, the National Resistance Brigades, the military wing of the Democratic Front for the Liberation of Palestine (DFLP) said it fired a missile into Asqalan (Ashkelon).

The Israeli army also closed several areas around the Gaza Strip, and restricted civilian access to them, due to the rising tension in the region, especially after two soldiers were injured, Friday, while the military killed four Palestinians.

Two of the slain Palestinians were killed during the Great Return March processions, and two members of the Al-Qassam Brigades were later killed by Israeli missiles.

Besides killing the two four Palestinians, the soldiers also injured 82 Palestinians, including 34 children, 2 journalists and 3 medics.

Medical sources have reported that at least four Palestinians were injured, on Saturday morning, after the Israeli army fired several missiles into areas in northern Gaza. 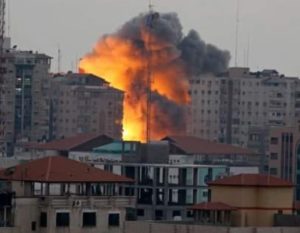 They stated that the soldiers the soldiers injured four Palestinians, after some of the Israeli missiles struck agricultural lands, north of Beit Lahia and Beit Hanoun, in the northern parts of the Gaza Strip.

One of the Israeli missiles was fired into an agricultural area in Beit Hanoun, and exploded close to an occupied Palestinian car.

In addition, the army fired missiles into a site, run by an armed Palestinian resistance group in northern Gaza, causing damage.

The Israeli army said it fired the missiles after an armed group in Gaza reportedly fired missiles into Rehovot, Ashkelon, Sderot, Ashdod, and several areas in Sha’ar HaNegev and Eshkol Regional Councils, without causing injuries.

It added that more than 50 shells were fired from the Gaza Strip into several settlements near the Gaza Strip. One of the missiles reported landed near a home.

Furthermore, the army said it fired missiles into a lookout post, run by the al-Qassam Brigades, the armed wing of Hamas.

The Israeli army also closed several areas around the Gaza Strip, and restricted civilian access to them, due to the rising tension in the region, especially after two soldiers were injured, Friday, while the military killed four Palestinians.

Two of the slain Palestinians were killed during the Great Return March processions, and two members of the Al-Qassam Brigades were later killed by Israeli missiles.

In addition, Israeli sources said two soldiers were injured, one suffered mild wounds and the other was moderately wounded, Friday, from bullet fragments after Palestinian fighters fired rounds at them, and added that the army fired several tank shells.

It is worth mentioning that, during the Israeli excessive use of force against the Palestinian protesters, Friday, the army also injured 82 Palestinians, including 34 children, two journalists and three medics.

In a statement, Hamas said it will retaliate to the latest Israeli attacks, while Israeli sources said Prime Minister Benjamin Netanyahu intends to convene with security and military leaders to evaluate the situation and discuss possible further steps.