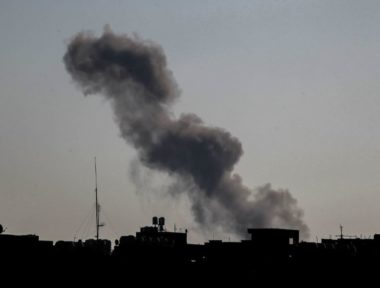 The Palestinian Health Ministry has reported that Israeli missiles struck, on Thursday at dawn, a Palestinian home in Deir al-Balah, in central Gaza, killing eight members of the same family, and wounding thirteen others.

The Health Ministry stated that Israeli F16 war jets fired missiles into a home in Deir al-Balah, killing six family members, and wounding at least thirteen others, most of them are women and children.

The remains of two more children were found under the rubble, amidst ongoing search.

The Palestinian Center for Human Rights (PCHR) has reported that the slain Sawarka (Abu Malhous) family has been officially identified as: 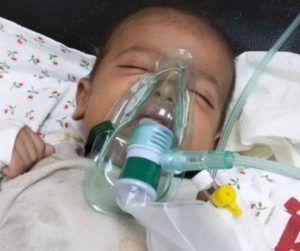 Only one toddler survived the Israeli attack and was found shielded by her slain brother.

The slain and injured Palestinians were moved to the al-Aqsa hospital, while medics and rescue teams started a search campaign, looking for more Palestinians who might be buried under the rubble.

Updated On Nov 14, 2018: Their death brings the number of slain Palestinians, who were killed by Israeli missiles, since Monday at dawn, to 32, while more than 100 others have been injured. Among the wounded are at least 30 children and 13 women. 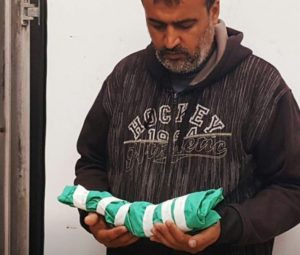 In related news, a six-month pregnant woman, identified as Iman Abu Tayyim, suffered a miscarriage in a severe anxiety attack after the soldiers fired missiles near her home, east of Khan Younis, in the southern part of the Gaza Strip.

The escalation on the Gaza Strip started when Israel assassinated a senior leader of the Islamic Jihad, identified as Baha’ Abu al-‘Ata, when the soldiers dropped a missile on his home, killing him along with his wife, Asma’, also wounding many members of their family, in addition to a female neighbor, in the Sheja’eyya area, east of Gaza city.

Israeli missiles and shells have caused a power blackout after striking main powerlines and transformers, especially in Gaza city and the northern parts of the coastal region, including Jabalia and Beit Lahia.