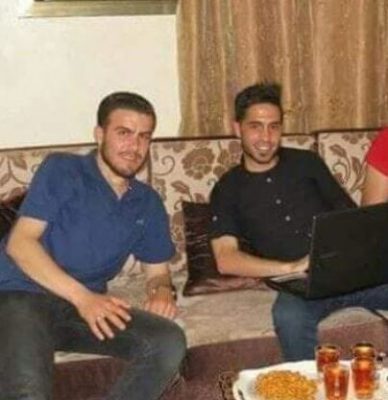 It said the two Palestinians were killed by Israeli missiles fired from aircraft, east of Jabalia, in northern Gaza.

The two slain Palestinians have been identified as ِِAyman Nafeth Rabea’ Najjar, 24, and Mohannad Majed Jamal Hammouda, 24, from Beit Lahia, in northern Gaza.

Media sources in Gaza said the two Palestinians were killed near the Eastern Graveyard, in Jabalia, and added that their severely mutilated corpses were moved to the Indonesian Hospital, in northern Gaza.

Israeli Ynet News said the two were reportedly near the perimeter fence, when “Israeli jets struck targets,” in the area.

It added that the army only issued a brief statement in which it just said, “it does not address foreign reports.”

It is worth mentioning that Israeli army drones can sill be heard and seen flying at a low altitude over several parts of the coastal region, especially in northern Gaza.

On the same day the teenage boy died of his critical injury, the soldiers killed two Palestinians, including one child, and wounded 246 others, among them eleven who suffered serious wounds, 10 women, 4 medics, one journalist and 19 children.