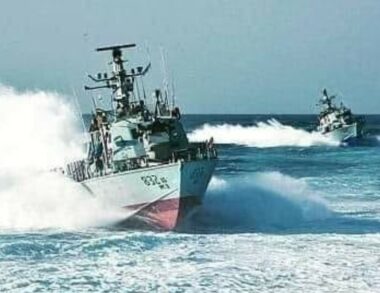 On Saturday, Israeli navy ships attacked many Palestinian fishing boats, injured two fishermen, and abducted six others in several incidents in Gaza territorial in the northern part of the besieged coastal region.

The Syndicate stated that the navy attacked the fishing boats with water cannons and many live rounds near the shore in the northern part of the Gaza Strip before abducting Walid Hamza Ali Zayed, Hammoud Yassin Ali Zayed, Yousef Amin Abu Warda, and Mohammad Amin Abu Warda.

The Syndicate said the attacks caused considerable damage to the fishing boats and their engines.

A similar attack targeted several Palestinian fishing boats near the Rafah shore, in the southern part of the Gaza Strip.

Furthermore, the navy attacked fishing boats near Rafah, in the southern part of the Gaza Strip, abducted two fishermen who remained unidentified, and confiscated their boat.

On Friday night, Israeli soldiers abducted two Palestinians on their lands near the perimeter fence in the central district of the besieged Gaza Strip.

The soldiers also abducted three Palestinians on their lands near the perimeter fence east of Khan Younis, in the southern part of the Gaza Strip.