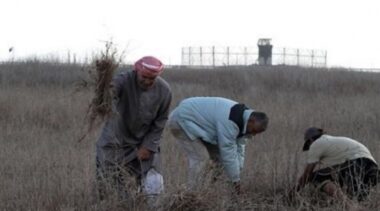 The attack led to property damage and forced the fishermen back to the shore without being able to fish and provide for their families.

Furthermore, soldiers stationed on military towers and in armored vehicles across the perimeter fence, fired many live rounds at Palestinian farmers and shepherds, east of Khan Younis, in the southern part of the Gaza Strip.

The farmers and the shepherds had to leave their lands in fear of further Israeli military violations.

The attacks are part of the numerous and ongoing Israeli violations targeting the Palestinian farmers, shepherds, and fishermen in the Gaza Strip.