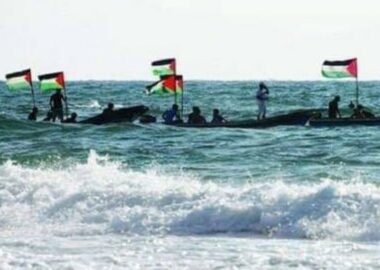 On Sunday, Israeli navy ships attacked several Palestinian fishing boats near the shore of Rafah in the southern part of the coastal region.

Media sources said the navy ships fired sporadic rounds of live ammunition at the fishing boats and used water cannons to force them to leave.

The attack did not lead to casualties but caused damage and forced the fishing boats to leave in fear of further violations.