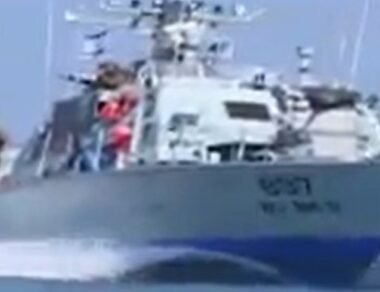 Israeli soldiers opened fire, on Friday afternoon, at Palestinian fishing boats near the shore of Gaza city, in the besieged and impoverished coastal region.

Media sources said one boat sustained damage after the navy fire many live rounds at it, less than six nautical miles from the shore.

They added that the attack did not lead to casualties but forced the fishermen to return to the shore without being able to fish and provide for their families.

The attack is part of the constant Israeli violations against the Palestinians and their property in the coastal region.

On Wednesday, the Israeli army and the navy fired many live rounds at Palestinian farmers and fishermen in the Gaza Strip.

It is worth mentioning that the army frequently attacks farmers, shepherds, workers, and fishermen across the eastern parts of the coastal region and in Palestinian territorial waters, leading to dozens of casualties, including fatalities, in addition to preventing the Palestinians from tending to their lands and from fishing to provide for their families.