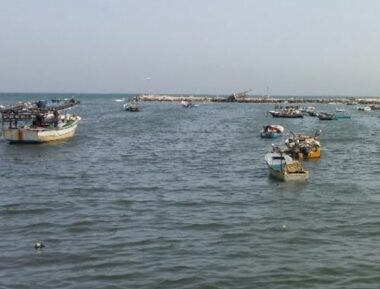 Eyewitnesses said the navy fired many live rounds at the boats, in addition to using water cannons, causing damage; no injuries were reported.

One of the fishermen said the boats were only three nautical miles from the Sudaniyya shore, northwest of Gaza city when the navy attacked them.

He added that the fishermen had to return to the shore without being able to fish and provide for their families, in fear of further assaults.

In March of this last year 2021, the Palestinian Interior Ministry in Gaza said Israeli mines were responsible for an explosion that led to the death of three fishermen.