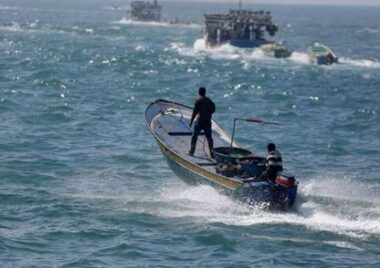 Israeli navy ships attacked, on Wednesday dawn, many Palestinian fishing boats with live fire gas bombs and flares near the Rafah shore, in the southern part of the besieged Gaza Strip.

Eyewitnesses said the navy attacked the boats, less than three nautical miles from the Rafah shore, and chased them while also using water cannon to force them to leave.

They added that the attack took place near the western area of Rafah shore and targeted several fishing boats.

On Tuesday night, the Israeli navy abducted two Palestinian fishermen, Amin Hassouna and Mahmoud Hassouna, and confiscated their boat near the Rafah shore in the southern part of the Gaza Strip.