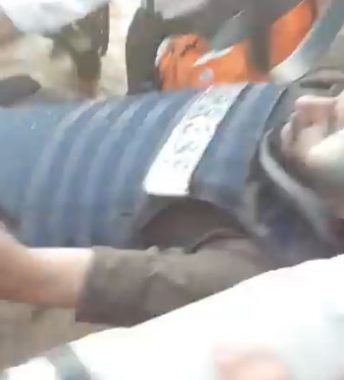 Israeli navy ships fired, on Monday evening, dozens of live ammunition and gas bombs at Palestinians, and fishing boats, in the al-Waha Beach area, northwest of the Gaza Strip, wounding 49 Palestinians, including one journalist.

The Palestinians Health Ministry said the navy attacked dozens of Palestinians, holding a nonviolent activity calling for lifting the illegal Israeli siege on Gaza, and at many boats that tried to sail as part of the protests.

Dr. Ashraf al-Qedra, the spokesperson of the Health Ministry in Gaza, said the navy injured 49 Palestinians with live fire and gas bombs.

He added that ten of the wounded were rushed to hospitals in the coastal enclave, and the rest received treatment by medics at the scene.

The Israeli attacks took place after the Palestinian held an activity and a gathering at the beach, where Dabka troupes danced, and figures and politicians gave speeches about the ongoing deadly siege, and the constant violations against the civilians in the Gaza Strip.

At least fifty-five boats then tried to sail in Gaza waters, to challenge the illegal Israeli deadly blockade on the coastal region.

The navy started firing dozens of rounds of live fire and gas bombs at the boats, just as they tried to sail from Gaza Sea, heading towards the northwestern part of the Gaza Strip.