Over 140 International Artists Boycott Eurovision in Solidarity with Palestinians 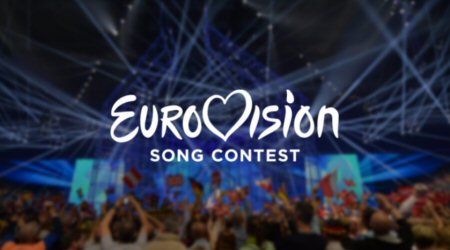 More than 100 global artists, including many famous singers and musicians, have signed a statement called for the boycott of the Eurovision Song Contest hosted by Israel.

In a letter to the paper published on Friday, the artists said they were responding to an appeal by Palestinian artists calling on them to boycott the European event slated to be held in Israel, next year.

“We, the undersigned artists from Europe and beyond, support the heartfelt appeal from Palestinian artists to boycott the Eurovision Song Contest 2019 hosted by Israel,” the statement read.

The artists called for halting all kinds of business with Israel until it recognizes the basic rights of Palestinians. “Until Palestinians can enjoy freedom, justice and equal rights, there should be no business-as-usual with the state that is denying them their basic rights.”

About the reason of the boycott, the artists said: “On 14 May, days after Israel’s Eurovision win, the Israeli army killed 62 unarmed Palestinian protesters in Gaza, including six children, and injured hundreds, most with live ammunition.

The statement concluded: “Eurovision 2019 should be boycotted if it is hosted by Israel while it continues its grave, decades-old violations of Palestinian human rights.

“We understand that the European Broadcasting Union is demanding that Israel finds a ‘non-divisive’ location for the 2019 Eurovision. It should cancel Israel’s hosting of the contest altogether and move it to another country with a better human rights record. Injustice divides, while the pursuit of dignity and human rights unites.”