Illiteracy Rate in Palestine is Among the Lowest in the World 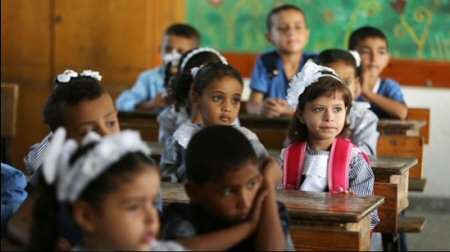 On the occasion of International Literacy Day, the Palestinian Central Bureau of Statistics (PCBS) published a report, last week, on the illiteracy rate in Palestine ,and confirmed that it is one of the lowest in the world.

The report said that the illiteracy rate in 2017 was 3.3% (7,898 illiterate) in the occupied West Bank, East Jerusalem, and Gaza Strip refugee camps run by the United Nations Relief and Works Agency for Palestine Refugees (UNRWA), which currently faces a financial crisis following the United States’ decision, which may affect its educational programs, compared to 3.1% (67,324 illiterate) in urban areas, and 4.8% (20,228 illiterate) in rural localities.

According to the definition by the United Nations for Educational, Scientific and Cultural Organization (UNESCO), an illiterate person identifies as the one who is unable to read and write with understanding a simple statement related to one’s daily life.

Palestinian Prime Minister Rami Hamdallah, in response to the report by PCBS, urged support for UNRWA to help it continue with its educational programs for tens of thousands of Palestinian students.

Hamdallah said “We are proud that the illiteracy rate in Palestine in 2017 is among the lowest in the world.”

He pointed out that the Palestinian government implemented many education programs for adults and opened classrooms to combat illiteracy among the adult Palestinian population.

Hamdallah wrote a Facebook post regarding the program “We have launched the National Strategy for Adult Education, which is considered the first of its kind in the Arab world, in order to lower illiteracy and achieve the two goals of education for all and education for life.”