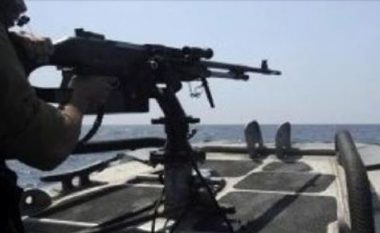 A Palestinian fisherman was shot, on Thursday morning, after Israeli navy ships opened fire on several fishing boats, near the shore of Beit Lahia, in the northern part of the coastal region.

Medical sources said the wounded fisherman has been identified as Abed Hisham Sultan, and that the man was shot with a rubber-coated steel bullet.

The fishers said the navy ships fired many live rounds and rubber-coated steel bullets, targeting many fishing boats, causing damage and forcing them to sail back to shore in fear of additional escalation.

Zakariyya Bakr, the head of the Fishermen’s Committees at the Palestinian Fishermen Syndicate, said the assault is the latest of ongoing and escalating Israeli violations.

He added that the navy is constantly harassing and assaulting the fishers and their boats in areas designated for fishing, in Gaza terrestrial waters.