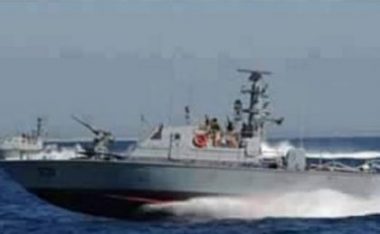 A number of Israeli navy ships attacked, earlier on Friday, a number of Palestinian fishing boats, opened fire on them and kidnapped five fishers, before confiscating their boats.

Zakariyya Bakr, an official in charge of the Fishers Committee of the “Union of Agricultural Workers Committees,” said the navy ships opened automatic fire, approximately at 7 in the morning, targeting several boats in the al-Waha area, north of Gaza city.

Bakr added that the navy then assaulted the fishers, who jumped into the water to avoid the bullets, and kidnapped five of them in addition to confiscating their boats.

Earlier om Friday at dawn, several Israeli navy ships opened fire on a number of Palestinian fishing boats in Beit Lahia and Sudaniyya, in the northern part of the Gaza Strip, and in Rafah, in its southern part.