On Friday 4th of August in the village of Khursa in occupied Al-Khalil (Hebron), the residents gathered for a peaceful sit-in demonstration and Friday prayer against the new Israeli military watchtower. After the prayer, tensions were high and Israeli forces started firing stun grenades, tear gas, skunk water as well as rubber-coated steel bullets at demonstrators. 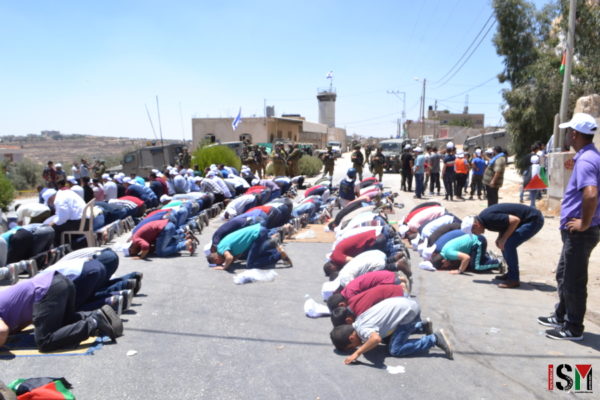 Residents of Khursa arrive to pray in front of the closed military zone and the new watch tower.

Around 1 pm in the afternoon, the villagers of Khursa gathered to pray and demonstrate peacefully against the new Israeli watchtower installed earlier this week. Meanwhile, the soldiers gathered around the demonstrators and on the border of the recently declared closed military zone. After the prayer, the Israeli forces tried to push back the peaceful demonstrators using stun grenades and tear gas. Soon after, they brought in more soldiers in jeeps and a skunk truck. 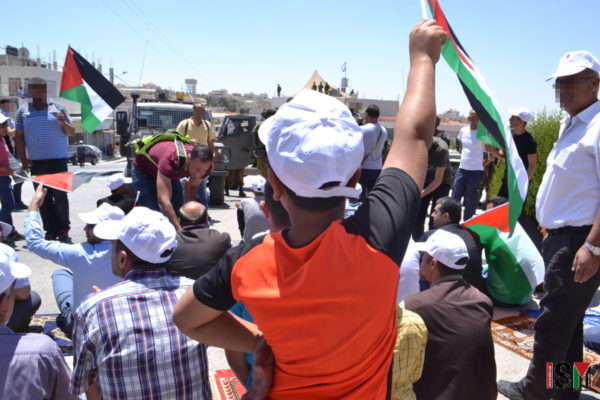 The demonstrators were forced to flee and the press was denied access to film near the area. Furthermore, the Israeli occupation forces barricaded the roads trapping Palestinians inside the area and refused to allow an ambulance to arrive at the scene. The Israeli aggression went on until 6 pm, during which the Israeli forces repeatedly attacked with tear gas, rubber-coated steel bullets and putrid-smelling skunk water. The Israeli forces deliberately and repeatedly aimed the chemically treated skunk water at private property as well as at international observers. The soldiers were seen laughing afterwards. 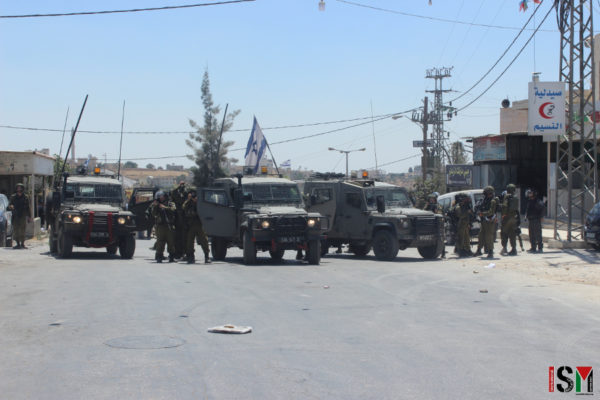 Israeli army jeeps blocking the road, aiming their weapons at and taking photographs of demonstrators. 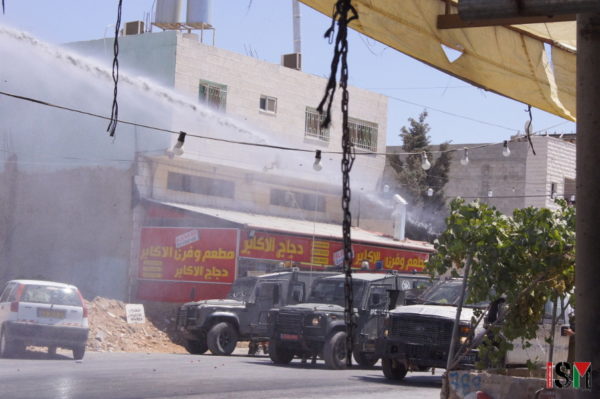 The local residents and other Palestinians arrived in Khursa to protest the construction of a new Israeli army watchtower near Dura village, which according to them, is for the protection of the illegal Israeli settlers living nearby. Last week, the Israeli occupation forces had declared the area a closed military zone and forbid Palestinians to enter. Soon after, the Israeli bulldozers came in to level the ground, and during the week leading up to friday’s protest a construction team came in and put up the military watch tower. In doing this, Israel severely impedes the free movement of Palestinians. Those who dare to remind Israel of their wrongdoings, as today in Khursa demonstration, Israeli occupation forces quickly suppress with violence. 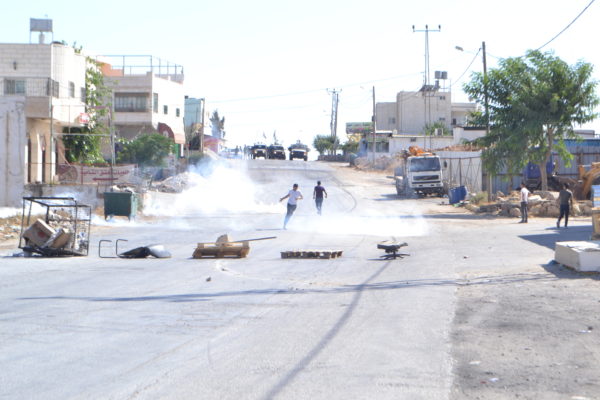 Visit the International Solidarity Movement at their homepage.