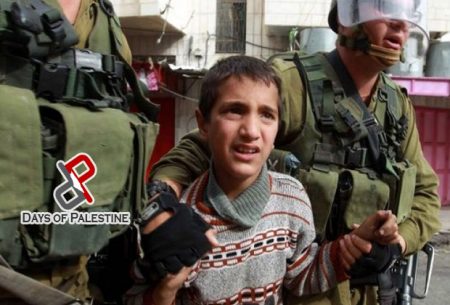 The youngest Palestinian being detained under Israeli administrative detention is thinking of starting hunger strike, a committee revealed this week.

The boy Nour Issa, 16, is the youngest Palestinian prisoner under Israeli administrative detention, the PLO’s Prisoners and Freed Prisoners Committee (PFPC) said, according to Days of Palestine.

Nour Issa, 16, “is seriously thinking of starting an open-ended hunger strike,” PLO’s Prisoners and Freed Prisoners Committee (PFPC) said, noting that he was subject to severe torture during Shabak investigations.

According to the PFPC, Issa is thinking of starting the hunger strike in protest against the “oppressive” kidnapping from his home and his placement under administrative detention, without charge or trial, instead of being released.

The PFPC said that, if the Israeli occupation authorities did not end his administrative detention, Issa would go on hunger strike.

Issa was scheduled to be released on August 1, but he was shocked when he was told that his detention was renewed for extra three months.