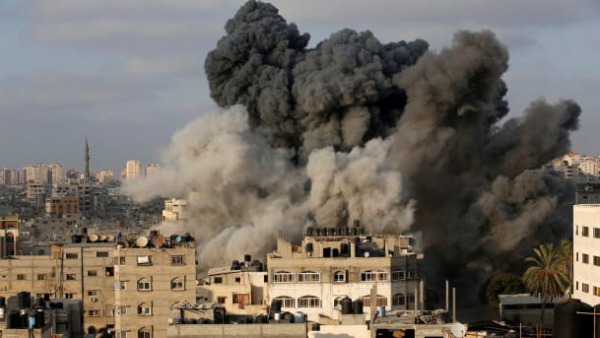 In a press statement, Wednesday, the Ministry of Interior and National Security announced the death of two Palestinians in the besieged Gaza Strip after an Israeli ordnance exploded in Deir al-Balah, central Gaza.

Spokesman for the Ministry in Gaza, Iyyad Al Bizem, stated that the explosive was fired at a resistance site during the latest Israeli aggression against Gaza, it exploded while the men were attempting to defuse it.

The two men killed were identified as, Usama Jineinah and Ahmad Zaki Abu Haseera, members of the Al Qassam Brigades, the armed wing of the Hamas government

Quds News Network added that several others were injured from the explosion, no further details were available at the time of this report.

On May 10, the occupation army began another military assault on the tiny coastal enclave, which is home to 2 million Palestinians, living under an inhumane blockade by the Israeli occupation authorities.

According to the United Nations High Commissioner, Michelle Bachelet, 242 Palestinians were killed by the Israeli Security Forces (the ISF) in strikes on Gaza, including 63 children. Thousands of others have been injured while it is estimated that over 74,000 Palestinians have been displaced. In the West Bank, including East Jerusalem, 28 Palestinians, including five children, were killed as of 24 May.