Palestinian in Ramallah Dies of His Wounds 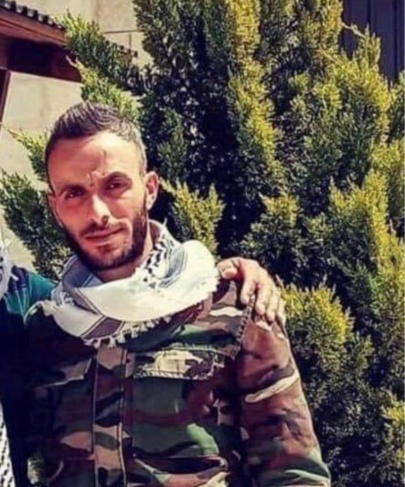 Another casualty was added to the death toll of the recent Israeli aggression in the West Bank and Gaza Strip from May 10 – 21, when the Palestinian Ministry of Health on Wednesday announced the death of the young man Fadi Sadiq Mousa Washha (34 years).

Fadi had been shot in the head by Israeli soldiers two weeks ago while participating in a protest in solidarity with the people of Gaza, where bombs were raining down, killing whole families crushed under the rubble of their homes.

He was near the northern entrance to Al-Biereh, in the Ramallah district, when Israeli soldiers invading the village shot him twice in the head. He was rushed to the hospital and into surgery, and was in the intensive care unit until his death on Wednesday June 2nd.

After the soldiers shot Fadi in the head, a photo of him resurfaced on the Internet, showing an attack several years ago in which he was bloodied and arrested by Israeli soldiers. He had suffered a lot throughout his entire life, ever since he was a child, at the hands of the Israeli occupation, sustaining bullet injuries and undergoing numerous arrests. Fadi had spent 8 years in Israeli prisons, and his young cousin was also murdered by the Israeli occupation several years ago. The number of Palestinians killed during the Israeli aggression rose to 255, including 66 children and 39 women; among the dead are seventeen elderly and five with special needs.

Now that the bombing has temporarily ceased, the Palestinians of Gaza remain trapped within the open-air prison of the Gaza Strip, in which 2.4 million Palestinians live crowded together in harsh economic conditions due to an Israeli siege that has been in place for fourteen years.