Israeli Planning To Confiscate Lands For A Segregated Road 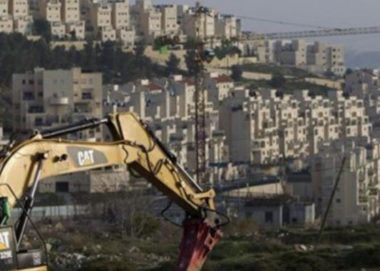 Abu Sheikh stated that the large area of lands Israel intends to illegally annex are all farmlands, owned by the Palestinians in that area.

He added that the lands are agricultural, and include many hothouses and other structures, isolated behind the illegal Annexation Wall.

Daghlas also said that the Civil Administration Office, the administrative and executive branch of Israel’s military occupation, prepared a plan to expand a segregated road, known as Road #50, close to the illegal Alfie Menashe colony, south of Qalqilia.

Israel’s colonies in the West Bank, including in and around occupied East Jerusalem, violate International Law, and various United Nations resolutions, in addition to the Fourth Geneva Convention, to which Israel is a signatory and a constant violator.