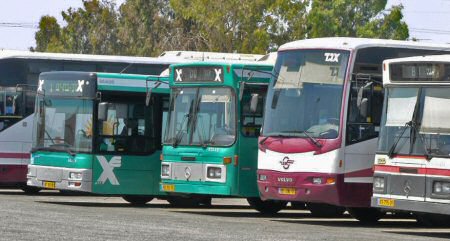 According to local Al Ray sources, the driver worked for the transport company “Metropoline” and was transferred to Soroka Hospital, to complete treatment after being brutally assaulted by police.

On Tuesday morning, bus drivers, around 120 drivers, gathered at the site of the attack, and announced a strike in protest of the attack on their colleague.

“The strike of the drivers is totally unacceptable to us, and it can have many consequences,” the company’s management said.

“We are conducting a detailed investigation into the attack, in order to identify its causes,” the company added.