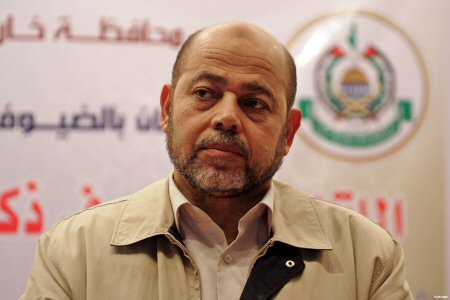 Senior Hamas official Mousa abu-Marzook said, on Monday, that his movement is no longer responsible for the residents of the Gaza Strip.

He called for the Palestinian factions to put pressure on the Government of National Accord to carry out its duty and fulfil its responsibilities in the besieged enclave.

Abu-Marzook said, according to Days of Palestine, that Hamas had smoothly and unconditionally handed over the territory in the hope that the leader of the rival Fateh movement, President Mahmoud Abbas, can afford to provide what Gaza’s Palestinian population need.

“Only then,” he stressed, “will we be able to say with credibility that we have put the internal division behind us forever.”

Insisting that “the enemy does not know anything except resistance,” the Hamas official added that Israeli aggression must be deterred. “Whenever they give a promise, a group of them violate it,” he explained.

However, Abu-Marzook revealed that Egypt had been in touch with its contacts to deescalate the tension in the Gaza Strip.

“We appreciate these efforts, but the [Israeli] occupation can not be deterred except by armed resistance,” he stressed. “If war is imposed on us again, we will not be idle. We will face it courageously as we have the power and tools to beat it, God Willing.”