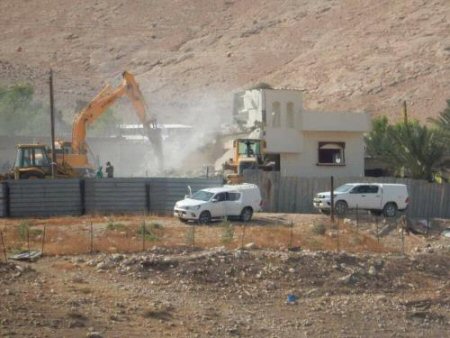 Israeli forces, on Tuesday, demolished two Palestinian-owned buildings in the village of al-Jiftlik, in the Jordan Valley, under the pretext they were built without a permit.

Owner of one of the buildings, Ahmad Bani Odeh, told WAFA that he had requested an Israeli construction permit two years ago, but his request was rejected.

He said that he received an order last month, to appear at the Israeli military office, but that it did not result in getting the building permit, and he was surprised when a bulldozer and forces came, this morning, to demolish his building.

The second building belonged to Khalil Jahalin, another resident of the same village, whose building was demolished for the same reason.