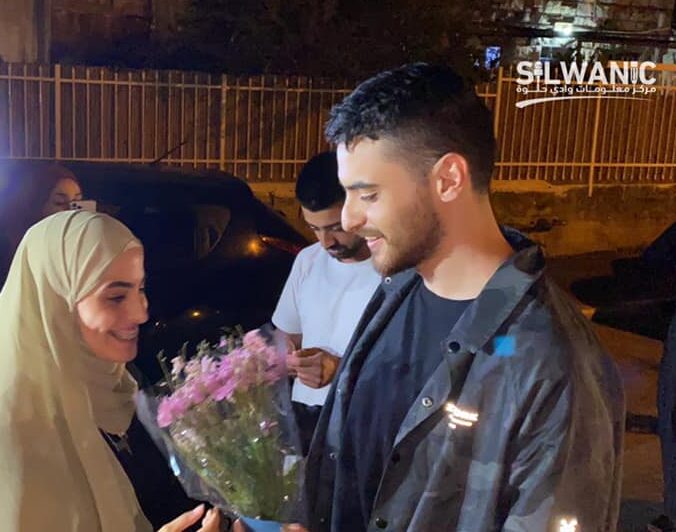 Muna al-Kurd, a Palestinian activist, was arrested from her home, on Sunday, and her twin brother Mohammad was summoned for interrogation. The siblings are members of one of the eight Palestinian families facing forced expulsion from the Sheikh Jarrah neighborhood in occupied East Jerusalem.

According to the twins’ father, Nabil al-Kurd, Muna was detained from her home and a summons was handed to the family ordering her brother Mohammad to turn himself, which he later did, the Palestinian WAFA News Agency reported.

Their father added that Muna was taken to the Israeli police station on Salah al-Dein Street in occupied Jerusalem, where several journalists and Palestinian activists were present to show solidarity with the family.

Israeli forces attacked the crowd by firing teargas, stun grenades, and rubber-coated steel rounds as activists and Jerusalemite residents held a press conference in front of the police station.

An Al-Jazeera correspondent was transferred to hospital after suffering an injury of unknown nature, while several others suffered the toxic effects of teargas inhalation.

The properties in question are owned by eight Palestinian families who are under threat of forced displacement by the occupation authorities, for the benefit of illegal settlers.

The Occupying Power [Israel] shall not deport or transfer parts of its own civilian population into the territory it occupies [Palestine].”

According to an Al-Haq report entitled Sheikh Jarrah and Silwan: Ongoing Nakba and Israeli Dispossession of Palestinians;

The Israeli Supreme Court was supposed to hold a hearing on 10 May 2021 on the forced eviction of eight Palestinian families living in Sheikh Jarrah, but it was postponed. Waiting for the Court’s decision, residents of Sheikh Jarrah have been leading a campaign, raising awareness about the situation, and calling for solidarity activities in support of their struggle and in resistance to Israel’s oppression.”