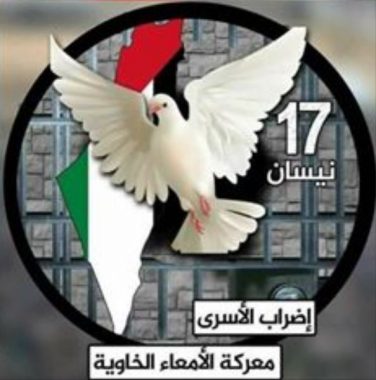 As part of its decision to cancel all visits to hunger striking detainees in its prisons and detention centers, the Israeli Authorities prevented lawyer Arwa Hleihel from visiting the detainees in Ofer prison, near Ramallah in the occupied West Bank.

The Palestinian Prisoners’ Society (PPS) said that Hleihel went to visit with some of the hunger striking detainees in Ofer, but the Prison Authority refused to allow her entry into the prison compound, and claimed that some of the detainees she wanted to visit “are not even held in his facility.”

It added that Hleihel visited with a few detainees, who have not yet joined the hunger strike, and that they informed her that all of the striking detainees have been moved into one section, and all of their belongings, except the clothes they are wearing, have been confiscated.

The move is part of collective punishment measures taken by Israel against the striking detainees, including barring them from visits with their families and their lawyers.

The hunger strike started on Monday, April 17th, by more than 1300 Palestinian detainees, while hundreds of detainees are preparing to join the “Strike For Dignity.” April 17th also marks the Palestinian Prisoners’ Day.

All detainees in Asqalan, Nafha, Ramon, Hadarim, Gilboa’ and Be’er as-Sabe’ (Beersheba) have returned their meals, declaring the beginning of their open-ended hunger strike.