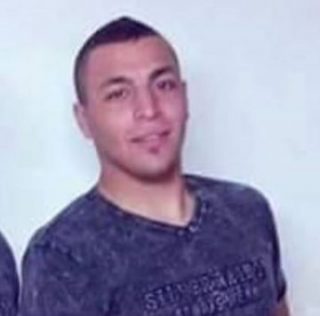 The Israeli Prosecutor at the District Court in occupied Jerusalem filed, Thursday, an indictment against a Palestinian from Silwan, accusing him of incitement on his Facebook page, and of “supporting a terrorist organization.”

The Palestinian, Mohammad Shiokhi, 21, is from Silwan, in occupied East Jerusalem, was taken prisoner just hours after a deadly shooting attack, carried out by Misbah Abu Sbeih, 39, in Sheikh Jarrah, in which a 60-year-old Israeli woman and a 30-year-old police officer were killed, and six were injured.

His brother, Ali Shiokhi, 20, was also shot dead by the soldiers, on October 11, 2016, during clashes that took place in Silwan town, after several military vehicles invaded it.

Ali was shot with a live round in his pelvis, and bled to death after Palestinian medics were prevented from reaching him after the army closed the town, and stopped them.

The Facebook posts he is being indictment for were written after the army killed his brother.

According to the indictment, Mohammad wrote statements supporting attacks, in addition to supporting Hamas and the Al-Aqsa Brigades of Fateh movement.