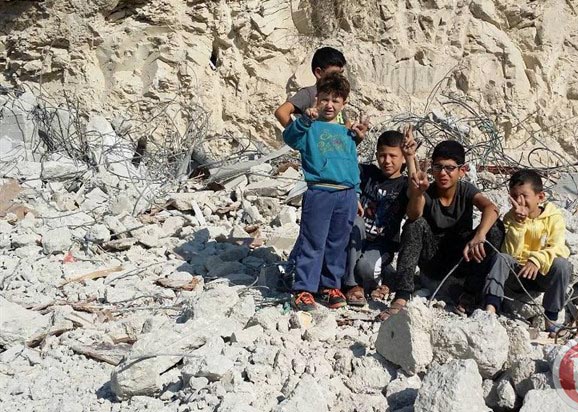 In the West Bank, on 20 October 2016, Israeli forces shot dead Khaled Bahar Ahmed Bahar (15), from Beit Ummar village, north of Hebron. The aforementioned child was directly hit with one bullet from a 10-meter distance when he was in an agricultural land in Beit Z’etah area, east of the village and threw stones at an Israeli military jeep in the area.

On 20 October 2016, a 23-year-old civilian from Old ‘Askar refugee camp was hit with a metal bullet to the head when Israeli forces moved into Nablus and a number of civilians demonstrated against them. The wounded person was taken to Rafidia governmental hospital to receive medical treatment. His condition was classified as stable.

In the context of house demolitions, on 26 October 2016, Israeli military vehicles demolished a 2-storey residential building belonging to al-Ja’afarah family in al-Jeser area in Silwan village, south of East Jerusalem under the pretext of building without a permit, rendering 30 persons homeless.

On the same day, Israeli municipality vehicles demolished 3 houses in Beit Hanina village, north of Jerusalem under the pretext of building without a permit.

On 20 October 2016, Israeli forces raided al-Rayan Printing house in al-Ram village, north of Jerusalem after bursting the main doors and confiscating its equipment used for making banners. They welded the printing house door with oxygen and pinned a closure order to it under the pretext of finding indictment materials and banners in addition to pictures of Mesbah Abu Sbeih.

In the Gaza Strip on 21 October 2016, Tariq Jalhoum (16) from Beit Lahia hHousing Project in the northern Gaza Strip was hit with a bullet in the right leg and bullet shrapnel in the left hand when the Israeli soldiers stationed along the border fence, east of al-Shuja’yah neighbourhood, fired live and metal bullets at dozens of young men, who headed to Nahal ‘Oz to participate in activities in solidarity with Jerusalem.

On the same day, ‘Omer ‘Arafah (55) was hit with a bullet to the right leg when Israeli forces stationed along the border fence, east of al-Bureij, fired live bullets and tear gas canisters at dozens of young men who headed to the area to participate in activities in solidarity with Jerusalem.

In the context of targeting Palestinian fishermen offshore, on 22 October 2016, Israeli gunboats stationed off al-Sudaniyah shore, west of Jabalia in the northern Gaza Strip, opened fire at Palestinian fishing boats sailing within 3 nautical miles. The shooting recurred on the same day in the same area.

On 23 October 2016, Israeli gunboats stationed offshore, northwest of al-Wahah Resort, northwest of Beit Lahia in the northern Gaza Strip, heavily opened fire at Palestinian fishing boats and fired dozens of flare bombs overheads. They also chased the fishing boats sailing within 4-5 nautical miles. The shooting caused fear among fishermen, forcing them to flee. However, neither casualties nor damages to the boat were reported.

In the Gaza Strip, in the context of targeting the border areas, Israeli forces stationed at the border fence, fired an artillery shell at a checkpoint belonging to al-Qassam Brigades. The checkpoint located in al-Bourah area, northeast of Beit Hanoun, is 250 meters away from the border fence. While no casualties were reported, the checkpoint sustained severe damages.

On the same day, Israeli forces stationed along the border fence opened fire at the agricultural lands, east of al-Maghazi refugee camp in the central Gaza Strip. As a result, the farmers fled fearing for their lives. However, neither casualties nor material damage were reported.

The next day, settlers stabbed and attacked Mohammed al-Razem (26), from Silwan village, while he was walking in a street, north of East Jerusalem.

Following the Friday prayer, 21 October 2016, dozens of Palestinian civilians and Israeli and international human rights defenders organized protests in Bil’in and Ni’lin villages, west of Ramallah; al-Nabi Saleh village, northwest of the city, and Kufor Qaddoum village, northeast of Qalqiliya. Israeli forces forcibly dispersed the protests, firing live and rubber-coated metal bullets, tear gas canisters and sound bombs. They also chased the protesters into olive fields and houses. As a result, some of the protesters suffered tear gas inhalation while others sustained bruises as Israeli soldiers beat them up.

At approximately 13:30 on Friday, 21 October 2016, Israeli forces stationed at the border fence between the Gaza Strip and Israel, east of al-Shuja’iya, east of Gaza City, fired live bullets and rubber-coated metal bullets at Palestinian young men while they were on their way to Nahal ‘Oz area, east of al-Shuja’iya, participating in activities held in solidarity with Jerusalem. The activities continued until 18:00. As a result, Tareq Ramzi Foad Jalhoum (16), from Beit Lahia, north of the Gaza Strip, was hit with a live bullet to the right leg and sustained shrapnel wounds to the left hand. Tareq was then taken by a PRCS ambulance to al-Shifa Hospital, where he underwent an operation. Medical sources in the hospital classified his wounds as moderate.

At approximately 14:00, dozens of Palestinian young men headed to the border fence between the Gaza Strip and Israel, south of al-Burij refugee camp, to support Jerusalem. They threw stones at the Israeli soldiers, who fired live bullets and teargas canisters at them. As a result, Omar Mohamed Mostafa ‘Arafa (55), was hit with a live bullet to the right leg and was then taken to al-Aqsa Hospital, where his wounds were classified as moderate.