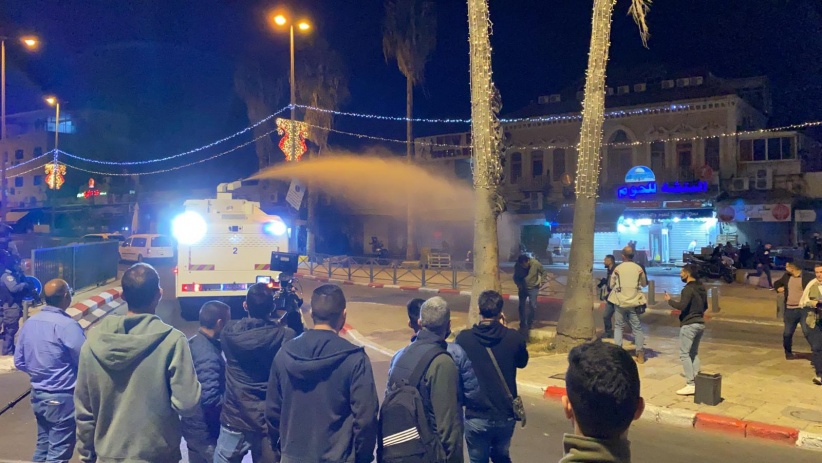 The settlers were part of a right-wing Israeli group called Lehava, which organized the attack march with the stated aim of “restoring Jewish dignity” by “breaking the faces of Arabs”.

Counter-protesters, including left-wing Jewish Israelis and Palestinians, gathered at Zion Square to try to block the attack march from entering the Palestinian neighborhoods in East Jerusalem. Another group tried to stand up to the right-wing attackers at Nablus Gate, one of the entrances to the Old City of Jerusalem.

The area where the attacks took place drew near to the location where, in 2014, 16-year old Mohammad Abu Khdeir was kidnapped by a gang of right-wing fanatic Israelis, tortured, covered in gasoline and burned to death in a brutal murder motivated by the attackers’ anti-Arab racism.