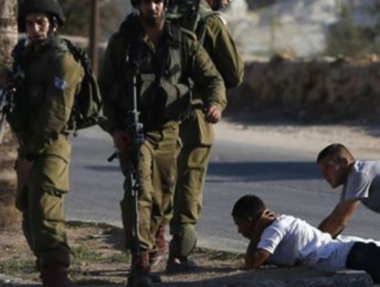 Israeli soldiers abducted, on Thursday at dawn, at least nineteen Palestinians from their homes, in several parts of the occupied West Bank, the Palestinian Prisoners’ Society (PPS) has reported.

The PPS stated that the soldiers invaded and ransacked dozens of homes across the West Bank, and interrogated dozens of Palestinians while inspecting their ID cards.

The soldiers also installed many additional roadblocks in the West Bank, especially in Ramallah and Hebron governorates, before stopping and searching dozens of cars, and interrogated the Palestinians while inspecting their ID cards.

One of the abducted Palestinians, identified as Mohammad Abu Shousha, is a former political prisoner from occupied East Jerusalem and was taken prisoner while returning to the county from a trip abroad.

The soldiers also abducted a guard of the Al-Aqsa Mosque, in Jerusalem, identified as Issam Najeeb.

Ad-Deek is also the acting director of the Detainees Committee in Salfit, and was previously imprisoned by Israel for seven years; he is a married father of four children and was abducted from his home.

Furthermore, the soldiers closed with concrete blocks the northern entrance of Azzoun town, east of the northern West Bank city of Qalqilia, completely closing it.