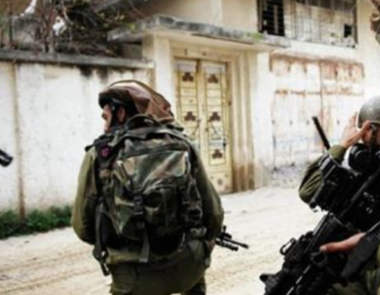 Media sources in Hebron said the soldiers stormed and ransacked many homes in the governorate and interrogated many Palestinians while inspecting their ID cards.

Owners of some of the invaded homes have been identified as Zakariya Abu Turki, Amer Abu Aisha, from Abu Rumman Mountain in Hebron city, Emad Masalma from Beit Awwa town, Mahmoud Abu Omar and his brother Hamdi, from Sa’ir town, in addition to Mousa Khalil Jaradat and his brother Khaled.

The soldiers also installed several military roadblocks around many Palestinian villages and towns, before stopping and searching dozens of cars, and interrogated the residents while inspecting their ID cards.

On Wednesday at night, the soldiers abducted Ahmad Sobhi as-Sous, 17, at the entrance of the al-Fawwar refugee camp, south of Hebron.