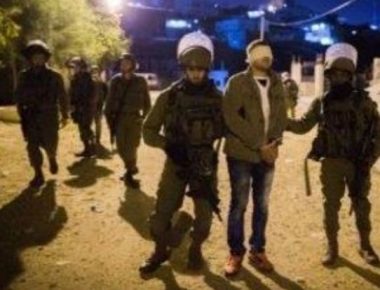 The Bethlehem office of the Palestinian Prisoners Society (PPS) has reported that the soldiers invaded the city, and several surrounding towns and refugee camps, and abducted eight Palestinians, including three political prisoners.

In Ramallah, the soldiers abducted seven Palestinians, including a child and three young women, after invading their homes and searching them.

Furthermore, the soldiers abducted six Palestinians from their homes in different parts of the southern West Bank district of Hebron.

One Palestinian, identified as Hasan Daraghma, was abducted from his home in Tubas, in the northeastern part of the West Bank.

The PPS said that some of the abducted Palestinians are former political prisoners, who spent years in Israeli detention and interrogation centers.