Israeli Soldiers Abduct A Father And His Son, Near Hebron 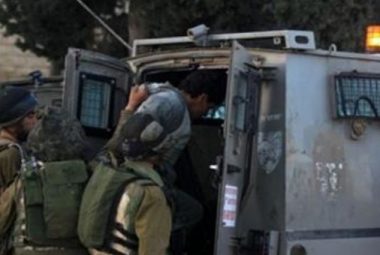 Israeli soldiers abducted, on Wednesday evening, a Palestinian father and his son, from Janba area, east of Yatta town, south of Hebron city, in the southern part of the occupied West Bank.

The soldiers invaded the area and searched homes, before abducting Maher Mousa Abu Rabea’a, and his son, Mousa, and took them to an unknown destination.

In related news, dozens of Israeli colonists invaded the al-Carmel Park in Yatta, under heavy Israeli military deployment, after the soldiers forced the Palestinian away.

Also on Wednesday, the soldiers attacked a nonviolent procession against the escalating Israeli violations against the Palestinians and their lands in al-Baq’a Meadow, south of Tubas, in northeastern West Bank, wounding at least fifteen, and abducted two Palestinians, including a journalist.

On Wednesday at dawn, the army invaded several Palestinian communities in the occupied West Bank, searched many homes and abducted thirteen Palestinians, in addition to confiscating two cars and photographing homes.