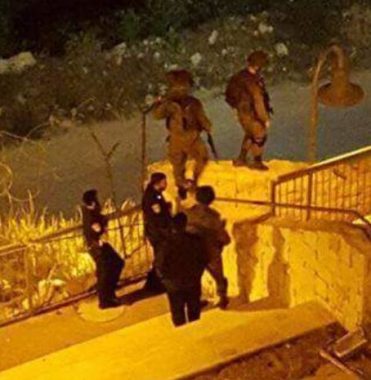 Rateb Jabour, the coordinator of the Popular Committee in Southern West Bank, said the soldiers abducted Abdullah Ed’eis, 49, after invading his home and violently searching it.

Furthermore, the soldiers invaded two blacksmith workshops; one of them is owned by Enad Abu Taha, and searched them.

The soldiers were still heavily deployed in various areas of the town at the time of this report.