Ed’eis: “My Son Did Not Kill The Settler, He Was Playing In Schoolyard” 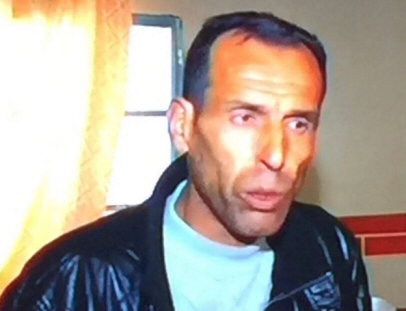 Abdullah Ed’eis, the father of Morad, aged 16, denied Israeli allegations that his son was behind the killing of a settler woman in Entail Israeli colony, and said that his son was playing in a school playground, at least 3 milometers away from the settlement, when the attack took place.

“I do not buy the Israeli lies and fabrications; they are claiming that my son killed the woman after infiltrating into the settlement,” Abdullah said, “He was playing in the school playground, near our home, and returned home.

On Sunday at night, he slept at his grandmother’s home, and on Monday, Morad came with me and slept at home, as the family is busy because my mother-in-law in preparing for surgery.”

His brother, Qais, said that he and their friends were playing soccer in the school’s playground, and, when they heard the sirens in the settlement, they returned home.

In addition, the father said that the Israeli soldiers detonated the main door of his home, around 3 at dawn, and invaded the property, searching for his son, Morad.

“They handcuffed and blindfolded us; I was placed in one room and my son in another,” he added, “One of the officers told me that my home will be demolished, and I will be sent to Gaza.”

Morad, a tenth-grade student of Beit Amra School, was born in May of 2000; he is the fourth of five siblings.

“Israel is lying; I would have personally handed him to the Palestinian Authority to protect him from himself, if I ever saw any indication that he intended to attack anybody,” the father said, “Nobody can send their sons and daughters to die; my son has nothing to do with that attack.”

It is worth mentioning that Israeli Prime Minister, Benjamin Netanyahu, said Israel will demolish the family home of Ed’eis, while Israeli Housing Minister Yuav Galant calling for exiling the family to Syria, and deputy defense minister Elie Ben Dahan, called for “removing the family from the country.”

Commenting on Israeli calls and allegations, the father said: “My son never hurt anybody, and is not involved in the attack – we only have God, the merciful, to complain to.”