Many Palestinians Suffer Effects Of Teargas Inhalation In Jerusalem 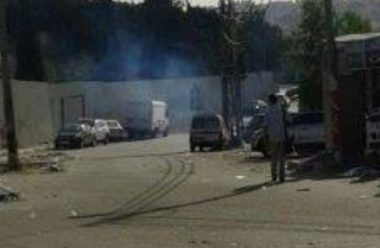 Media sources said dozens of soldiers invaded the two towns, and searched a few homes, before clashing with local youngsters, who hurled stones at the invading army jeeps.

They added that many Palestinians suffered the severe effects of teargas inhalation, and received the needed treatment by local medics.

In Tubas, in northeastern West Bank, the soldiers illegally confiscated a Palestinian truck in the ar-Ras al-Ahmar area, south of the city, and forced many villages out of their farmlands.

The army also invaded many villages, west of Jenin, in the northern part of the West Bank.