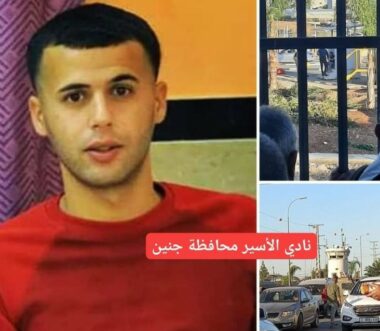 Montaser Sammour, the head of the Jenin office of the Palestinian Prisoners’ Society (PPS) said the abducted young man is a former political prisoner, identified as Ahmad Bassam Kamil.

Sammour added that Kamil, from Qabatia town, south of Jenin, was abducted after the soldiers stopped him at the al-Jalama permanent military roadblock, north of Jenin, and took him to a nearby military base.

Furthermore, a group of illegal Israeli colonizers attacked Palestinian farmers while picking their olive trees in Khirbat Yamoun village, south of the northern West Bank city of Nablus, and forced them out of their orchards.

On Thursday at dawn, the soldiers abducted nine Palestinians, including a father and his son, from several parts of the West Bank, including the occupied capital, Jerusalem.