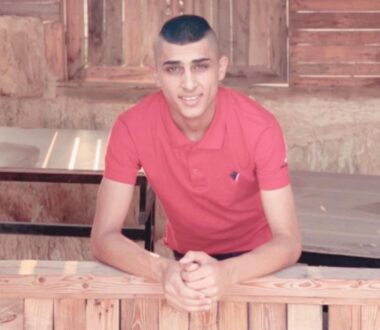 On Thursday, the Israeli Authorities renewed, for the second time, the arbitrary Administrative Detention order against a Palestinian teenage boy.

It added that the teen was supposed to be released, Friday, October 8th, 2021, but was slapped with the new order.

Mohammad, from Jenin in the northern part of the occupied West Bank, is held at the Megiddo Israeli prison.

Palestinians, held under these arbitrary orders, are detained without charges or trial, and Israel justifies the use of this policy on the ground that the person “might commit an offense in the future.”

It also has no time limit as it can be renewed numerous times, and is based on orders by the regional army commander relying on what Israel calls “evidence,” not revealed to the detainees or their lawyers.

Held under these orders, the detainees never know when and if they will be released, and remained held without facing charges, a trial, or a conviction.

Many detainees spend years behind bars due to repeated renewals of these arbitrary Administrative Detention orders.

It is meant to keep the detainees in a constant state of uncertainty, not knowing if or when they will be released.

Throughout the years, thousands of detainees were slapped with these orders, either new and renewed just days, hours, or minutes before their scheduled release.