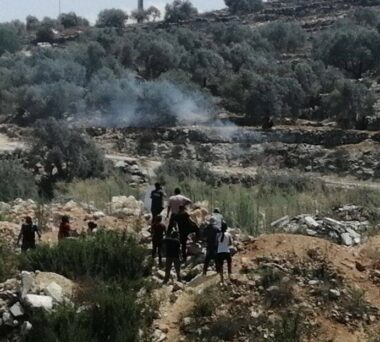 Eyewitnesses said the soldiers ambushed the Palestinian before assaulting him and took him to the nearby Huwwara military base.

They added that the soldiers also chased several other Palestinians, and closed areas surrounding the mountain to prevent the Palestinians from reaching it.

On Friday, August 13th, the soldiers injured  39 Palestinians in the Sbeih Mountain area, during a procession against the illegal colonialist outpost and the ongoing takeover of their lands.

The Palestinians have been holding ongoing processions against the Israeli attempts to illegally annex their mountain and lands for its colonialist activities. The Israeli army killed several Palestinians and injured hundreds since the processions started.