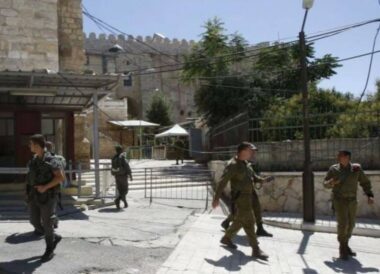 On Thursday, Israeli soldiers abducted a Palestinian woman, a former political prisoner, in Hebron, in the southern part of the occupied West Bank.

Media sources said the soldiers stopped Ayyam Nimir Rajabi, 29, from Hebron city, at the military roadblock near the Ibrahimi Mosque and abducted her before moving her to an interrogation facility.

The abducted woman sells perfumes in the streets and alleys of Hebron city to support herself financially.

According to data by the Ad-Dameer Prisoner Support and Human Rights Association, Israeli is holding captive 30 women (data released before Ayyam was taken prisoner) and 400 children.

Ad-Dameer statistics revealed that the number of Palestinian detainees in Israeli prisons, detention camps, and interrogation facilities is at least 4700, including 800 held under arbitrary Administrative Detention orders without charges or trial.